NordicTrack 2950 vs. Sole TT8 comparison: Reviews for a better choice

We have a Sole TT8 and NordicTrack Commercial 2950 review so that you can compare these treadmills effectively. What are their similarities? How are they different? Explore the review to get the answer!

Many people choose the NordicTrack Commercial 2950 treadmill while some others fall in love with the Sole TT8. Both of them are common options in the fitness equipment industry. So, what will be worth your money? 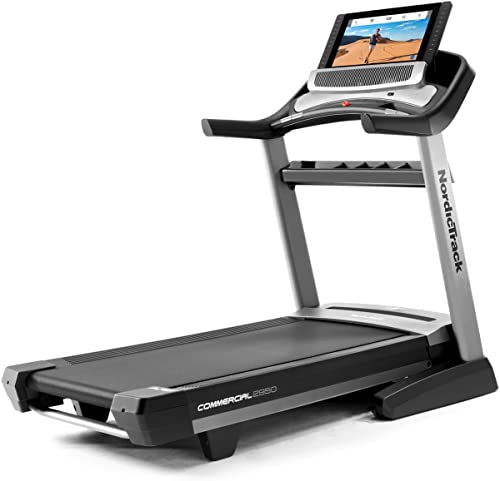 Buy it on Amazon.com

To choose the most suitable treadmills meeting well your demand, there is no way but to compare these two. So, let’s get started!

With an idea for a premium treadmill, NordicTrack launched the Commercial 2950. The model comes as a convergence of advanced features for the home gym.

In the recent market, it seems to be challenging to find an ideal treadmill like this one. The product has a large display, runs on a powerful motor, and offers a wide range of training programs.

The TT8 is a treadmill that Sole builds for the long-lasting usage along with competitive warranties. It is commonly in use for office workout area or fitness centers. Moreover, the model can undoubtedly serve the home gym so well. 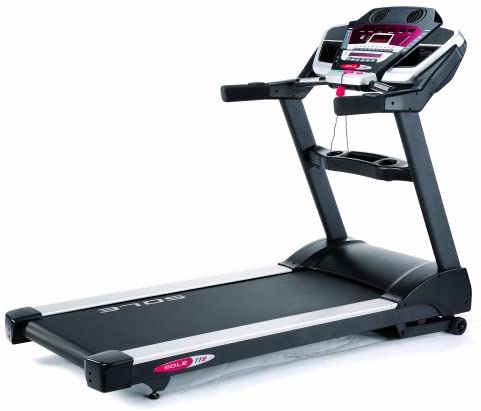 Buy it on Amazon.com

Besides a large running area, a wide range of uphill and downhill adjustments, the treadmill is outstanding by its extremely high-quality rollers.

There is no doubt that dozens of Sole TT8 and NordicTrack 2950 for sale are available on the market recently. However, without the sale seasons, the NordicTrack 2950 is on the rank of treadmills under $3,000, while the Sole TT8 costs under $2,500.

Depending on wholesalers or retailers, the total price sometimes includes the shipping fee.

To fit even into a small home gym, the treadmill must have a compact design. And both Sole TT8 and NordicTrack 2950 are no exception.

In terms of NordicTrack 2950, the model may take up more space than its rival. It comes with a dimension of 66.6” H x 39.2” W x 79.5” L and handles the weight capacity of only 300 lbs. As an offset for the disadvantage regarding design, the treadmill features SpaceSaver® Design with EasyLift™ Assist to help you move the machine quickly.

As for the HP standing for horsepower, the higher this rate is, the more powerful the motor can run. However, in comparison with continuous-duty horsepower (CHP), HP is less effective. The CHP motor ensures stable operation and requires minimal maintenance during usage.

On the console of Sole TT8, you can find a phone holder, ports for USB, Bluetooth capabilities, cooling fans, and a sound system. Plus, it has a 10.1″ TFT LCD, one of the most advanced graphic displays of the Sole brand.

On the other side, the NordicTrack 2950 console is an improvement. The brand designs the treadmill with a 22” Smart HD touchscreen with a high-def display to enhance users’ experience. Moreover, it is the AutoBreeze dual fan power to keep you cool during the training.

In addition to the iFit connection, these treadmills offer users a set of onboard workout programs. The NordicTrack builds its model Commercial 2950 with 40 programs in total. But the number of programs on the Sole TT8 is the only ¼.

A variety of workout programs will not get you bored when training. Moreover, the more in-built programs the treadmill has, the more challenges you can boost yourself to conquer and achieve fitness goals.

Generally, the running areas of Sole TT8 and NordicTrack 2950 are nearly the same.

A combination of the Flex™ Cushioning and 22” x 60” commercial tread belt is exactly the key. They help to prevent impact and joint injuries by nearly 40%. An extra-wide running area allows more elbow rooms for the runner.

The tread belt of these two is the two-ply one. This part improves the durability and ensures a quiet operation for the whole treadmill. Hence, you do not have to worry about ugly noise while running on these treadmills.

In many NordicTrack 2950 reviews, a shortage regarding warranties may cause customers to re-consider this treadmill.

While Sole TT8 offers the lifetime warranty for most parts, from the frame, motor to the deck, NordicTrack Commercial 2950 treadmill does not. It is only a 10-year-term for the frame, a 2-year term for parts, and a 1-year term for labor.

When considering treadmills, fitness shoppers tend to focus on the drive system, convenience, and technologies at most. And this comparison shows that NordicTrack Commercial 2950 treadmill performs better.

The advanced model of the NordicTrack brand supports runners on a high-quality, powerful motor. Its console with a full-set of convenient parts. Plus, the treadmill features modern technologies for the running area.

Despite the slightly higher price range, this NordicTrack treadmill is worth considering. However, the budget is still your big problem; Sole TT8 is still an ideal choice compared with tons of treadmill on the market nowadays.

Sole F63 vs. Horizon T303: Which one to choose with a tight budget?

Weslo Cadence G 5.9 Treadmill Review: Is It the Best of the Low-Price Range?

We will be happy to hear your thoughts

BestHomeTreadmill.Net is reader-supported. When you buy through links on our site, we may earn an affiliate commission.

Yvonne Lussi has many articles that are published in CNN, Buzzfeed, wikiHow, International, and more blogs

Most popular this month

BestHomeTreadmill.Net is reader-supported. When you buy through links on our site, we may earn an affiliate commission.